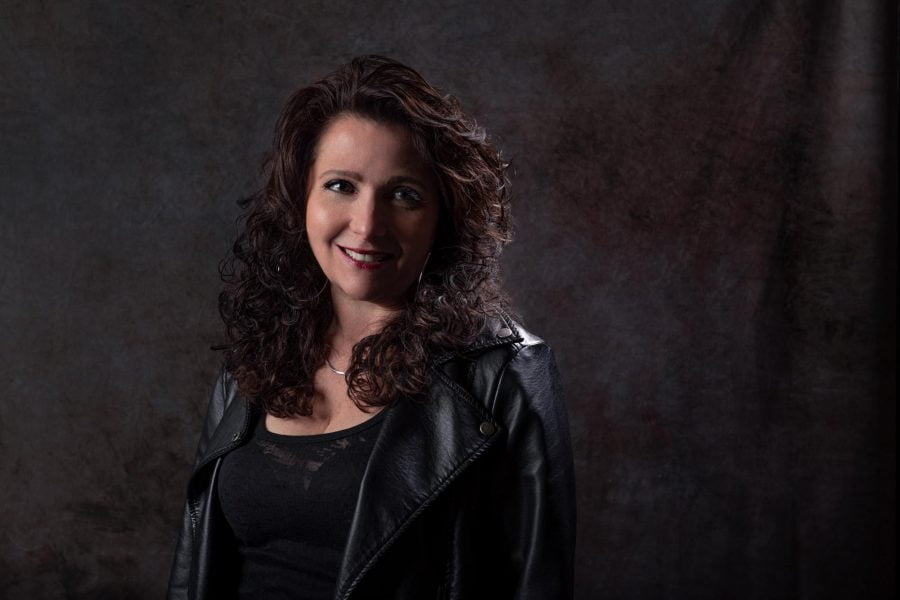 Singing and performing brings me joy. There’s an element of escape and liberation, too, but also a connecting with the audience, of sharing the joy.

When I was a little girl, my father sang in little clubs, a lot of Italians, and I’d sit on a stool and watch him sing, mesmerized. Looking back I see that singing was in his heart, all the Jazz standards, he was a crooner–he told me once that when he was a very young man, he’d been the choice for the Tommy Dorsey Band in its early days, but my father was married young and had responsibilities, and he always suggested that Frank Sinatra was the second choice for Dorsey.

There’s the typical story of open-mic nights that goes back more decades than I’d rather not admit to, but the first real gig was at The Lion’s Den, solo.

Band work began with country music and various configurations, including duos and quartets and quintets, but I’ve always loved Jazz and I quickly moved in that direction, but blues, R&B, and even funk can be a lot of fun.

Mary Ann Palermo & First Take Band is a thrilling and versatile ensemble, with lead guitar, bass, and drums joined by various horn instruments and cello, all backing vocalist and songwriter Mary Ann Palermo, a long-time singer versed in many genres, but with an underlying love of Jazz.

Mary Ann Palermo & First Take Band can take many forms, with configurations ranging from duos and trios, all the way to five- or six-piece ensembles or even more with special guest musicians that allows Mary Ann Palermo & First Take Band to serve a wide variety of venues and special events. The Berkshires of Massachusetts and the New York and Connecticut Tri-State area is home to a wealth of talented musicians.

Although Jazz is her first love, Mary Ann Palermo offers the flexibility to cover different genres and events, in different configurations, and always with stunning performance.

Mary Ann Palermo is currently working on the new collection of covers and original music Jazz on the Rocks, produced by Tom Teeley, coming soon from Averosa Records.

Sign up for our performance alerts and you can be among the first to know about all the new gigs Mary Ann Palermo & First Take line up.